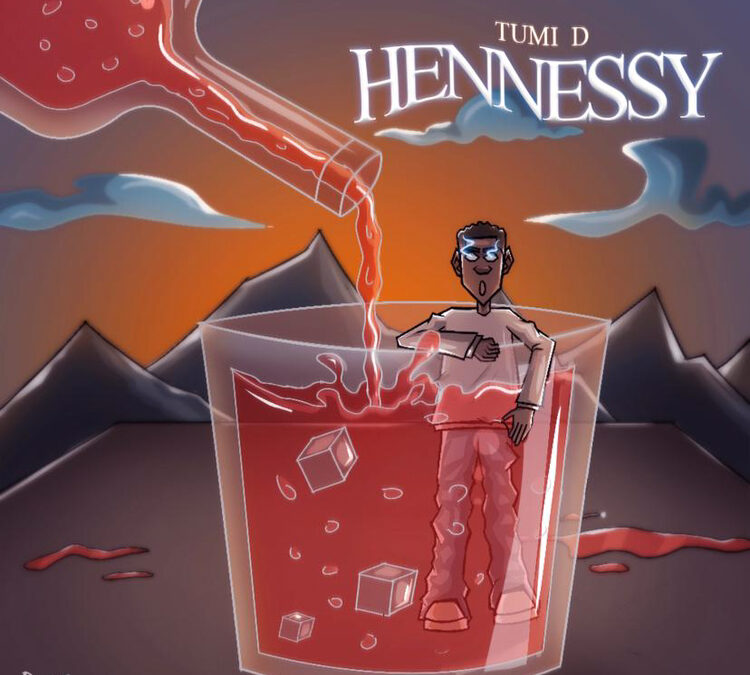 Tumi D’s latest sound is heavily influenced by rap/trap music but the underlining genre that makes the bulk is Afrobeats. His most recent piece delicately speaks on how love can intoxicate you in a way that is not comparable to even a shot of Hennessy.
This song was inspired by his real life experiences and tells the story of a lover who will do anything to protect his significant other; even when they don’t feel the same way.

So for people tuning into your artistry for the first time; who is Tumi D?

Well Basically Tumi D is that artist that wants to give voices to our untold stories. Almost like robinhood, I want people/listeners to always feel good. This can be achieved in different ways and I like to explore these options when i make music

You have just released your second official single “Hennessy” how does this impact your discography moving forward?

I would say not releasing music can be somewhat depressing but like in everything we do, we gotta try to do it right. Had a hiatus from music and “Hennessy” is that song that will help align the next shockwaves of songs coming up from me. Like I said it’s a ride

Tumi D is an eclectic performer who brings a cinematic experience to live music like we have never seen before. he believes that the overall aesthetics of a music piece is as important as the musical expression.