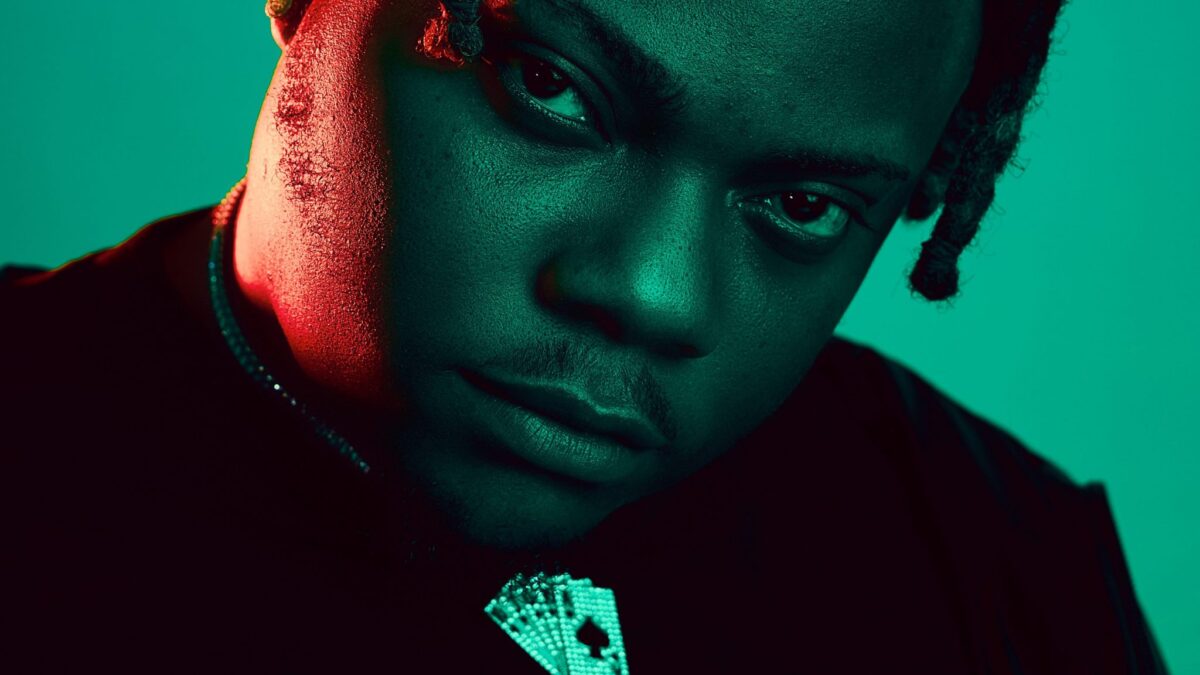 Now a producer, singer, and songwriter, if anyone guessed the trajectory of Egar Boi’s life from childhood we may circle back to this point. His childhood was encapsulated around and made interesting by music.

Named Ernest Ogaga Itiveh at birth, Egar Boi grew up in a household dedicated to religion – Christianity to be precise. His both parents are pastors, so he pretty much grew up in the church. As it is seemingly the usual case for a typical Nigerian pastor’s child, Egar Boi learned to play the drum at age seven. Similarly, he learned to play the piano at age twelve.

Within his more personal household, music also was a form of bonding with his mother and sister whom he sings along with on random memorable occasions. Consequently, all of his free-spirited flirtations with music at a young age would unknown to him, in the future, come to be a source of skill application towards his independence.

So many events passed like water under the bridge since Egar Boi ran away from home to pursue his passion for music. He started out as a Singer/Songwriter and even got signed to a label. The label worked for a little while and then due to some reasons, it stopped running. Adjusting to the changes on the tide of time, Egar Boi began to produce music (which by the way was seamlessly easy for him since he had learned earlier to play the drums and piano).

The spirit of childlike curiosity and the need for a thirst to be quenched through experimentation are the key factors that have made Egar Boi’s works relevant to date. He doesn’t have a specific name for the type of sound he creates, but Egar Boi asserts that his skills of singing and songwriting have helped in the way he builds songs step by step for production.

Just like most producers groomed in Nigeria, Egar Boi creates the Afrobeats sound but insists that he is not restricted to the sound. Apparently, he works by going with the flow and achieves his desired result by trusting his senses with sound – just going with the flow. This experimentation would one day pay off.

On a random day, while he was playing around on an instrumental at Don Jazzy’s studio at the old Mavins house, Skales walked in and immediately fell in love with the beat Egar Boi was making. He recorded Skales’ vocals that same day. A few days later Egar Boi received a call from Skales. Skales informs him that Davido and Timaya loved what they had created together and that they would also be on the song. Consequently, The song turned out to be Ajaga, released in 2016, and it was that single that changed the trajectory of Egar Boi’s production career.

Egar Boi is majorly influenced by Nigerian producers, Masterkraft and Don Jazzy. He believes that his percussions and drums are replicas of Masterkrafts. On the other hand, He connects with Don Jazzy from the aspect of transcending beyond production. He loves that Don Jazzy scouts talent and that he also devotes himself to writing.

Since then, He has grown well enough to work with DJ Kaywise and Tiwa Savage on Informate, and most recently, Kolo, in which Ice Prince features Oxlade – songs which have achieved heights of success that ordinarily would not have been imagined by him. His most consistent collaborator however is Yemi Alade with whom he has been working for over 5 years now. Evidence to which is having production credits on five out of seven songs in her most recently released EP, Queendoncom.

Egar Boi’s production career is one to follow closely because his craft as a producer has witnessed an insurmountable amount of growth over the short span in which he has been practicing the craft. Considering too that he has a laid-back personality, it is safe to say that his works speak for him.

IS FLASH THE MOSES OF NEW GEN MUSIC ?