Home > Music > 8 Takeaways from BlaqBonez ”Back in Uni” Music Video 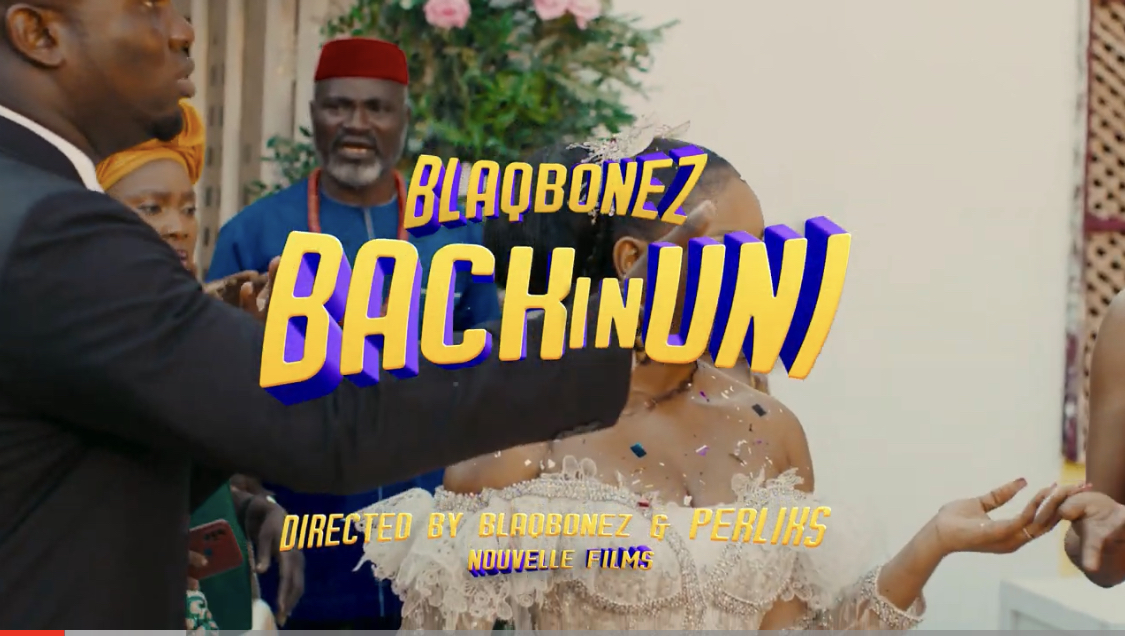 8 Takeaways from BlaqBonez ”Back in Uni” Music Video

The rollout for the Young preacher era is upon us. Earlier on, Blaqbonez mentioned the emergence of his ‘Young Preacher’ era; his raw, undiluted truth and he follows through with the release of his new single, “Back In Uni” with famous UK producer Jae5, popularly known for his works with artists like Jhus, Tion Wayne, and Skepta

This brand new single is an exciting one that’s set to introduce everyone into what Blaq has in store for his fans on the forthcoming Young Preacher album. Back In Uni is that percussion loaded record set to become an anthem for repentant playboys.

Blaqbonez, who isn’t just good at Rapping, showcases his comic side in this new video. He created scenes from popular music Videos and created something genius out of it. Check it Out;

Young Wazi releases ‘Relapse 2” A sequel to his debut EP.